If you're not an iPhone user, we're sorry, but that's what we have access to.  You can see if the apps listed here are available on your platform.  As forensic scientists, we're pretty good at retrofitting and retasking things for forensic use.

This app is a must for all police officers.  CASE (Checklist App for Scene Examination) is a checklist that walks you through the crime scene processing procedure.  It combines your iPhone's GPS, camera/video, microphone, and other features to document a scene.  I haven't explored it fully yet, but it I think that it's a great FREE app for those who don't come across crime scenes all that frequently.

This app isn't related to forensic science, but it's still a favorite:  It surfs Apple's App Store and finds and rates various apps that are either free or discounted for a short period of time.  The apps are grouped into categories, such as Productivity, Photo & Video, and Reference.  This is how we get most of these apps for free or maybe 99 cents!

UPDATE (01/10/14):  This app is no longer available for download, however, if you already have it downloaded it is still supported - so don't delete it!

360 is a photography app that shoots panoramas.  That's not special.  What IS special is that 360 shoots vertically as well as horizontally, creating a panoramic sphere.  Once the image is created, it can be manipulated and viewed with a fingerswipe or by moving the iPhone.  It can also be uploaded and shared with others by sending them a link.  I have not figured out how secure it is from prying eyes yet, however. 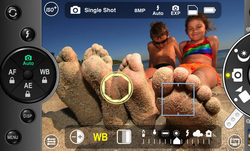 As forensic scientists, we rely on photography to capture information.  While digital photography offers numerous advantages over film, point-and-shoot cameras have always meant a compromise between convenience and quality.  ProCam reduces the compromise by offering several features traditionally available on larger digital camera frames.  The downside might be that, in order to use these features correctly, you'll need to be well versed in photographic principles.

This app turns your iPhone's camera into a microscope which can take photos.  With magnification ranges between 1X and 16X, the images that it takes don't compromise image resolution as badly as you'd think. 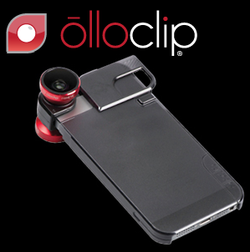 OK, this isn't an app, but it's still pretty neat:  It's a lens adapter that fits on the iPhone, thus improving image quality optically, not digitally.  The three lens are fish-eye, wide-angle, and macro. 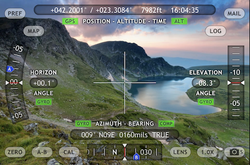 This app is the most expensive so far, but at $4.99, it's manageable by any agency.  However, it possesses features that are quite incredible.  Besides recording GPS location of where the photo was taken, it also records compass bearing (facing north, south, east, or west).  It shows inclinometers (tools for measuring degree of incline) for the horizontal and vertical axes and records that information, as well.  More simply stated, it doesn't just take photos, it records where you were, which way you were facing, whether the photo was shot levelly and, if not, by how much - all in addition to day and time.  There are numerous other features, too, including video and distance calculator.  I have only two wishes:  My first wish is that it possessed an inclinometer in the Z axis, as law enforcement and forensic personnel frequently shoot from above.  My second wish is that this Z inclinometer could "tare" to the target surface, so that the photo could be shot at the same exact angle.

In an age when GPS technology is commonplace, it's use can still be challenging.  Websites like Google Maps are great - if you have an address.  Google Maps can even use longitude and latitude coordinates - if you knew what they were for the scene that you're standing, which is on a river bank.  Enter Pinit Pro.  It can tell you what your geographic coordinates are and plot them on a map with a little icon.  Even better, you pin multiple locations, so you can get a sense as to the spatial distances and directions between any two or more points (e.g., the crime scene, the victim's residence, and the site where a suspect was apprehended).  Best part of all:  IT'S FREE (or at least it was when I downloaded it).